When you consider all the key indicators within the geopolitics of this war after its first 10 days, it begins to become quite clear that this moment in history  may be a precursor for a World War.

At DVC Consultants, the critical issue and advisory firm based in the Uk, our core mission is to help clients deal with disruption. We have a track record stretching back nearly 30 years, working in highly challenging situations. With a team that has more than 100 years  of working ,dealing with “unknown unknowns”. This is our take so far.

It seems clear that Putin’s original intention was a quick incursion into the Ukraine, which toppled the existing government, with him replacing it with his own puppet Regime.

This has not been the case. As he has found the Ukrainian armed forces and its people doggedly resisting his invasion. He now knows that he will never be able to completely defeat the Ukraine or control the peace going forward. Even if he takes out the government in Kiev, he will be faced with an insurgency far worse than the one the Soviets faced in Afghanistan. The events in Kherson this weekend already demonstrate this. As such he has to change the narrative.

This narrative seems to be becoming all about Russia’s fight with NATO and the West. The message to Russia, and Russians has to evolved to  be about the fact that he is defending them from NATO and the West, and not just annexing or taking over their next-door neighbour.

Therefore, everything he is now doing appears that he is trying to bring NATO into the war. The attack on Ukraine’s largest Nuclear Power facility ,was the clearest indication of this strategy so far. All week he had been ratcheting up the narrative around the nuclear deterrent, in the full knowledge that NATO has to respond. Unfortunately, NATO is not in control of Putin and can only react to what he does. There are another 14 Nuclear Power Stations in the country, so easy for him to repeat this strategy again.

Furthermore, other actors within the European continent are beginning to become destablised by Russia’s actions. Serbia, a traditional ally of Russia has already seen pro-Russian demonstrations. Last year the Serbian government were already making bellicose statements to its neighbours. This tinderbox would not be difficult to set light to. Let’s not forget it was here that the origins of World War One began.

In Latvia, Riga the capital city is populated 37 % by ethnic Russians. Most of which do not speak Latvian and have historic allegiance to Russia. This demographic is also beginning to stir in support of Russia. Again, it is not beyond the realms of possibility for Russia to destabilise Latvia by supporting this group.

Within Moldova the breakaway Republic of Transnistria is also experiencing a Russian troop build-up. Once Russia has taken Odessa, which it is currently advancing on, it will be very easy for them push further troops into this area.

Putin is like a cornered rat and as such could resort to any form of warfare to secure his survival. So far there is evidence of the use of cluster and thermobaric bombs in various Ukrainian cities. He knows where the key pressure points are and has the capability to take advantage of the various areas of weakness. As a result, he may do anything to change the narrative  to ensure both his legacy and survival.

Is it therefore not incumbent on the West and NATO to deal with Putin now, rather wait for it to escalate under his agenda?

If one looks at the concept of eternal return and Nietzsche’s philosophy of history, which considers time and history as never moving forward, but always returning to the same point .Where/when an individual’s exact place is changed{a cyclical yet always shifting recording of events}, it becomes clear that the annexation of Crimea could be the Anschluss, the invasion of Ukraine ,the invasion of Czechoslovakia , so will Poland be next?

The West and Russia are already at war in just about every sphere except actual fighting. But is escalation into an era -defining armed conflict inevitable? We think given the above it may be.

Quentin Anderson is Executive Chairman, DVC Consultants, CEO and Co-Founder of BankTotal, and Co-Founder of the social media platform Mifamilias.com. He has decades of experience in advising companies, and for 18 years was a CEO of companies in the WPP group.

Cogitare – Latin for “To Think” – is the collective name for DVC Consultants thoughts, insights and perspectives on a broad and eclectic number of subjects. From Brexit to Global Poverty, Islamic Banking to Subsistence Agriculture, Disruptive Technologies to The World Bank. It reflects the wide range of sectors and issues we consult on. We hope you enjoy reading them. 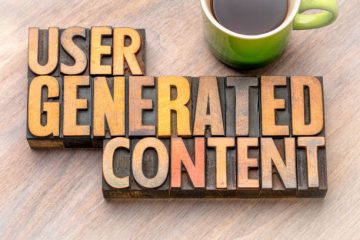 Former advisers to Syngenta and the World Bank, Quentin Anderson look at the environmental implications of Covid -19 for the Globe. It is rare that a mathematical theory makes it into the awareness of the Read more…