Through the delivery of our consulting services, a number of us at DVC Consultants have had real time exposure to terrorism. While in Northern Nigeria consulting for HMG, one of our directors had to take evasive action from Boko Haram road blocks. On another occasion, while consulting for a private security firm in Kenya, another director came in rather too close proximity to Al Shabaab.

There seems to be a close connection between poverty and terrorism. In fact, many argue that poverty breeds terrorism. Even if it does not do so in a direct manner, one only needs to look closer to find the intricate ties between poverty and terrorism. Poverty’s role in terrorism becomes clearer when viewed through the lens of interconnectedness that unravels and unpacks the consequences of poverty. For instance, poverty often deprives people of an adequate education and can lead to marginalization in society, both of which can result in extremist beliefs among impoverished people. These 10 facts about poverty’s role in terrorism make the connection clearer.

10 Facts About Poverty’s Role in Terrorism

So rather than spend US$ 639 billion on defence in the USA,  and £48.3 billion in the UK in 2019, to in part tackle global terrorism, we should be committed to finding solutions to ending this vicious cycle of poverty.

DVC Consultants, the London based Management Consulting firm, which specialise in disruptor and challenger brands, has established, in conjunction with a Gulf based VC Fund, a FinTech challenger startup. Through their Strategic Alliance and Joint Venture Division, the new venture is focused on the unbanked and underbanked in emerging economies. The new brand is called banktotal.

Utilising blockchain and cloud-based solutions, the venture leverages technology and software to digitize and streamline retail banking for emerging economies.

The World Bank has set 2020, as a target year to achieve Universal Financial Access (UFA). This initiative calls for adults everywhere to have access to a transaction account to store money, send and receive payments. We have a well formulated strategy to play a part in helping them deliver on this.

Ours is a disruptive philosophy. We believe technology is subordinate to function, and that the user experience is everything. We focus on the end as much as the means. We understand customer pain points and bank limitations. We are building a global network to make payments, collections and offer savings and loans at a significantly reduced cost.

With a quarter of the world practicing Islam many of our products will be Shari’ah Compliant.

We are creating a brand built on the values of trust, security, growth and protection.  a brand which offers everyone access to the savings and credit, that is an essential building block for economic growth.

Blockchain technology has the potential to help the unbanked and underbanked by allowing them to create their own financial alternatives in a clear and systematic way.   The greatest challenge banks face when trying to serve the unbanked is that many of them do not have clear identifying information, making it difficult to implement the regulatory requirements to set up an account.

Blockchain provides individuals with a digital identity for use in their banking. It makes remittances simple and efficient. Blockchain can even encourage and permit low-income individuals in different countries to save and lend together.

How does this work in practice?

Our products are utilising both Ethereum based and other Blockchain technology as well as Cloud-based solutions.

Ethereum is a decentralized platform that runs smart contracts; applications that run exactly as programmed without any possibility of downtime, censorship, fraud or third-party interference.

These apps run on a custom built blockchain, a powerful shared global infrastructure that can move value around and represent the ownership of property.

This enables developers to create markets, store registries of debts or promises, move funds in accordance with instructions given long in the past (like a will or futures contract), all without a middleman or counterparty risk.

We are developing products that do the following;

* enable the unbanked to have control over their financial lives and access financial services previously unavailable.

* allows users to create Rotating Savings and Credit Associations on the Blockchain.

* enable blockchain and biometrics to create apps that will allow transactions and investment in the third world.

*earn tokens at home, using bio-identification procedures, and exchange those tokens for local currencies in an app.

* allow those without any formal identification to have an opportunity to create a digital bio-identification straight from their smartphones.

It is banktotals firm belief that disruptive technologies and the smart phone can make serious inroads into combatting global poverty, one of the root causes of terrorism. They believe that first world governments and financial service providers have a duty of care to invest in this, in order to ensure global prosperity and peace.

Quentin Anderson is Executive Chairman of DVC Consultants and C0- Founder and CEO of banktotal.

DVC Consultants is a market leader in transformative consulting. It creates and consults to disruptor, disrupted and challenger brands.

It is clear that brands and their owning companies have no room for complacency, and need constantly to evolve, or risk becoming extinct.

DVC Consultants has therefore developed LOAF (Leadership and Organisation in Anarchic Flux) as a proprietary consulting process for supporting our clients in being disruptors and challengers, rather than being on the receiving end of companies more innovative.

Challenger and Disruptor brands succeed because they emerge from developments not properly observed by market incumbents.

LOAF works because it builds on DVC’s expertise and experience in an eclectic and wide range of sectors and disciplines, including branding, economics, politics, government affairs consultancy and new technologies. 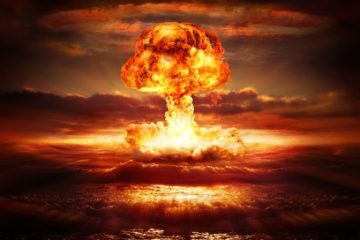 Is big tech, and the disruption it brings, a bigger threat to the world than global warming?

Is big tech and the disruption it brings a bigger threat to the world than global warming? With big data putting at risk millions of jobs worldwide, is techno-darwinism imposing the rules of nature on Read more… 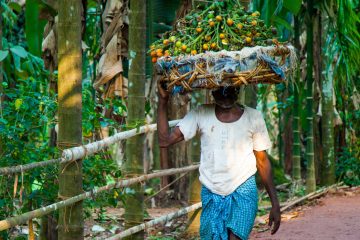 Ethical Advertising The does and donts

Morals and ethics often exist in several shades of grey. Having worked for, started and run agencies for Euro RSCG and WPP in the nineties and noughties we have often believed advertising view ‘Ethics’ is Read more…